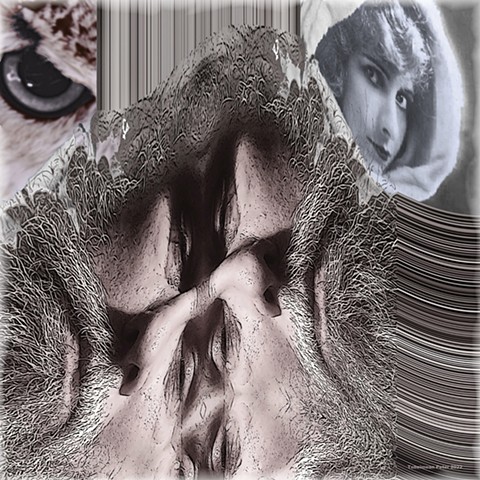 Athena is the eldest daughter of Zeus. She is the Greek goddess of warfare, wisdom, inspiration, courage, cunning, arts, crafts, and ability. Athena thinks strategically, and aids Greek heroes when they appeal to her. She is a shield-maiden - ready for battle since her birth.

Zeus, the King of Greek gods is her father. Zeus married his first wife Metis, in the early days of his reign. Metis was the original Greek goddess of wisdom and contemplation. Her name means "magical cunning." Metis was born from the union of the Greek god Oceanus and the Titan goddess Tethys. In older traditions, Oceanus and Tethys are considered the primeval parents of the gods. Metis is the mother of Athena; but Metis did not give birth to Athena.

An oracle told Zeus that any child born from Metis and himself would possess more power than he. To prevent this from happening, Zeus swallowed Metis, but he did not know Metis was pregnant with Athena.

After swallowing Metis, Zeus began having extremely painful headaches. His headaches became so excruciating he cried out in agony. Soon, Athena emerged from Zeus' head, and thus was born from her father.