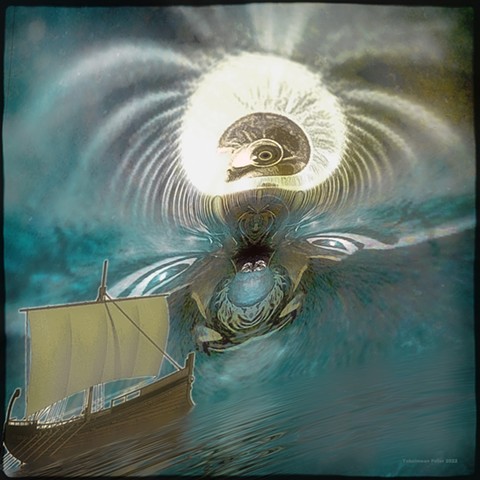 The Vortex of Charybdis. Charybdis aided her father Poseidon in his feud with her paternal uncle Zeus and, as such, helped him engulf lands and islands in water. Zeus, angry over the land she stole from him, captured and chained her to the sea-bed. Charybdis was then cursed by the god and transformed into a hideous bladder of a monster, with flippers for arms and legs, and an uncontrollable thirst for the sea. As such, she drank the water from the sea thrice a day to quench it, which created whirlpools. She lingered on a rock with the monster Scylla facing her directly on another rock, making a strait. It is believed the site where Charybdis was said to be chained was in the Straits of Messina, in Sicily.