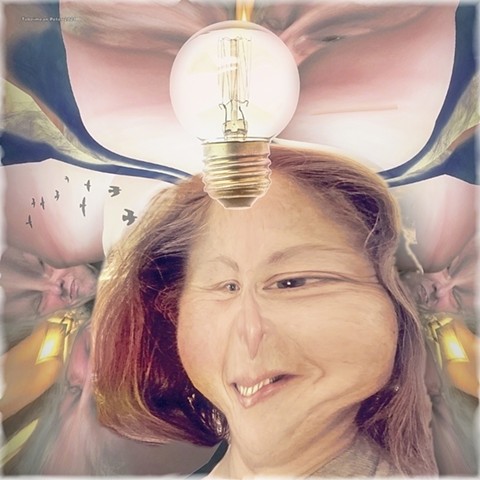 People had been working towards inventing the lightbulb since 1802, and Edison gets the credit for it because he commercialized it. Nonetheless, the lightbulb has been graphically used as the symbol of a bright idea, ever since. The lightbulb evoked a paradigm shift from it's successful invention onwards - one that I'm not sure people have completely adapted to yet. I thought I'd borrow that symbol, the lightbulb, in a slightly different context - that of representing an idea which sets the dominos falling towards establishing a new cultural or physical paradigm. It often takes a while to see that kind of an idea clearly for its impact. Face it, Feminism is one of those ideas.