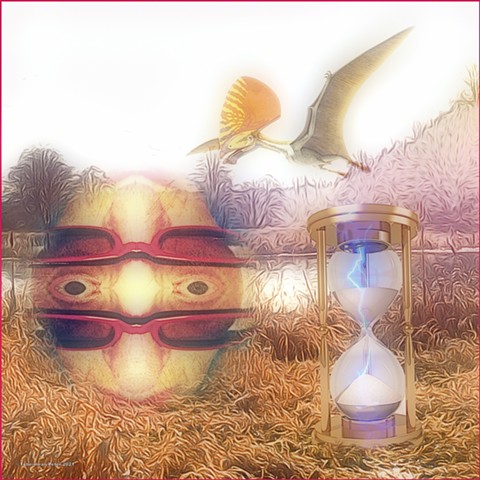 This was conceived at least in part as an update and addendum to Alvin Toffler's book, "Future Shock"(1970) which was a personal perception of the coming of an accelerated rate of change, brought on by 'super-industrial society.' My magic-realist addition, hearkens to the adage: "What goes around comes around," and considers some of the possible ramifications of DNA engineering (as is presently beginning in regard to the resurrection of the Wooly Mammoth.) Those combined with our coming immersion in the worlds of AI and VR, may well produce a kind of shock that makes Toffler's prophesy seem like a minor headache.