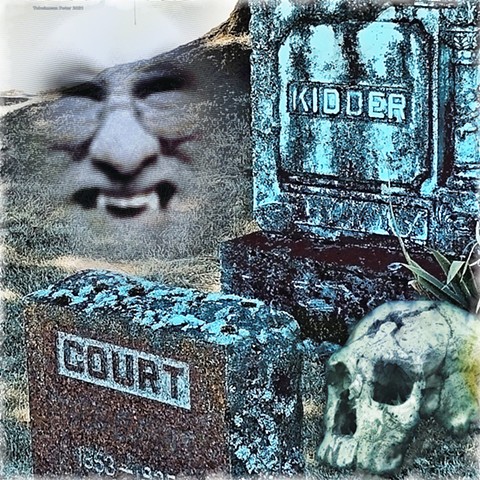 While we only see the Shakespearian character of Yorick as a skull, held in the hands of Hamlet. We get to know quite a bit about him as the melancholy Dane recounts several of the ways he knew Yorick well. One of the things we learn is that when he was alive, Yorick was a court jester by profession. I've tried to reflect upon aspect of his life in this visual pun. I depict it as being amusing to him, as I hope it will be, for those who take the time to put tomb and tomb together.