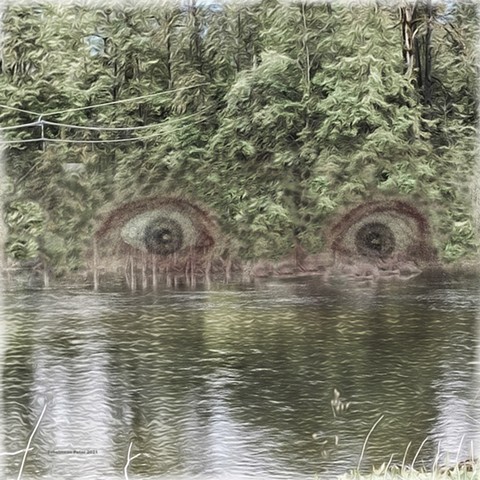 Rivers are and have been, essential to humanity. Each has a unique personality, and benefits the communities near it in different ways. I hope some day people awaken again to the magical natures of the rivers around them - nurturing life and wending their ways from the mountains to the seas. Here's a great poem about rivers by the Harlem Renaissance master:

"The Negro Speaks of Rivers" - by Langston Hughes

I bathed in the Euphrates when dawns were young. I built my hut near the Congo and it lulled me to sleep. I looked upon the Nile and raised the pyramids above it. I heard the singing of the Mississippi when Abe Lincoln went down to New Orleans, and I've seen its muddy bosom turn all golden in the sunset.